No. 6 seed: The Cougars are 20-6, and half of their losses came against undefeated Gonzaga. The team’s resume looks impressive, with their best win coming from a road victory over No. 19 San Diego State. Much of their recent success has come from their three points shots. Together, the team has been shooting lights out in recent games. Keep in mind that many dark horse tournament teams in recent years have found success largely due to their three-point performances. The most notable examples are UConn in 2014 (38.7 percent), Michigan State in 2015 (38.5 percent), and Loyola Chicago in 2018(39.6 percent). If the Cougars continue on this trend, they could be sneaky contenders.

No. 7 seed: The Huskies have a solid resume heading into the tournament, as they’ve gone 15-7 this season,  finishing third in the Big East conference. Arguably the best scorer in college basketball, James Bouknight(20.2 ppg), came back into the lineup recently after an elbow injury. The star guard looks to be plenty healthy and back in his stride. This team can be very dangerous, as they’ve only lost twice in the regular season with Bouknight in the lineup.

No. 5 seed: The Volunteers have performed below expectations in 2020-21. The team is 17-7 this year, finishing fifth in SEC play. Nevertheless, if the team picks it up on the scoring end and continues to dominate on defense, Tennessee has the chance to make a deep run. What sticks them out from the rest of the tournament contenders is their defensive ability. Their defense ranks 6th in the nation per KenPom.com and top 25 in opposing team’s points per game. With a strong defense, the Volunteers will have a solid shot locking down better opponents during the tournament. 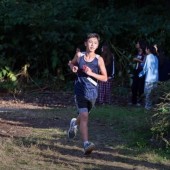