When thinking about baseball from the late 1990’s to the entirety of the 2000’s, it is difficult to not have Derek Sanderson Jeter’s name in thought. He was not only just the face of the New York Yankees, as he was put on a pedestal by both fans in the community and the league itself.

Over his seemingly illustrious career, he won the 1996 Rookie Of The Year award, was named to fourteen All-Star teams, won five Gold Gloves and Silver Sluggers, was the MVP of both the 2000 All-Star Game and World Series, capped by five World Series titles.

Everyone thought he was going to be a unanimous Hall-Of-Famer, the only thing that stopped Jeter from entering Cooperstown was the eligibility period. On January 21st, 2020, Jeter was officially elected into the Baseball Hall of Fame, receiving 396 out of 397 possible votes, the second highest percentage (99.75%) in Major League history behind his otherworldly teammate Mariano Rivera.

The day that everyone was waiting for had come; Derek Jeter was a First Ballot Hall of Famer.

The only thing is that he should not have been. The one voter who did not put Derek Jeter on the ballot was the only BBWAA member to get it right.

Derek Jeter, though he most definitely belongs in the Hall of Fame, should not have been inducted in 2020.

Above, is a comparison between two players, Player A and Player B. Aside from batting average, on-base percentage, and Wins Above Replacement, Player A leads in almost every statistical category listed and in some cases, such as DRS (Defensive Runs Saved), UZR (User Zone Rating), and ISO (Isolated Power).

Shocking? Well, no. What makes a player great is their ability to consistently perform well in multiple facets of the game. A great hitter is not one who just hits for average. A great hitter is a player who hits for power, gets on base, and has the added luxury of boasting a high batting average, like Tony Gwynn or Barry Bonds. Derek Jeter is simply not that.

With 260 career home runs to his name, those “Silver Slugger” awards were in most cases undeserved. Derek Jeter’s sole offensive prowess was hitting for average and drawing the occasional walk.

The worst misconception regarding The Captain’s career is his defense. For as long as he trotted to his position at shortstop, every fan thought he was a defensive wizard (Sorry, Ozzie Smith).

In fact, he ALLOWED more runs than he had PREVENTED, which is why his DRS is -162. His UZR further proves his defensive ineptitude, with an abysmal -66.1.

Derek Jeter did not deserve to be a Hall of Famer this year. Scott Rolen, a player seldom remembered by fans of today, was clearly a better player all-around than Derek Jeter. But Derek Jeter is not just a baseball player, no. He was the face of the greatest and most popular franchise in baseball. He became the savior of New York (City), even though at one point in time he wasn’t even the best shortstop on his team (Alex Rodriguez). Derek Jeter evolved from a ballplayer to a god amongst men, but his presence and legend status within the baseball history books is based on myth, not legitimate stats.

Sorry, Yankees fans. Jeter’s time was premature, and his inclusion left players with exponentially better résumés out of the Hall, and in some cases for good. 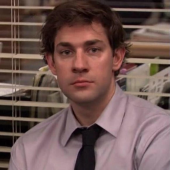