Another exciting qualifying session at Bahrain International Circuit in Sakhir sets the stage for an even more exhilarating race on Sunday morning. Although Mercedes have already clinched the Constructor’s Championship and Lewis Hamilton achieving his record-tying seventh world championship, the season is anything but over. Intense fights for midfield positions are sure to kick off as we enter the final three races of the season.

Lewis Hamilton grabbed his tenth pole of the season and ninety-eighth pole of his career to inch ever closer to that elusive 100 pole positions. His teammate Valtteri Bottas completed the front row lockout for the Silver Arrows, his best lap leaving him about three tenths of a second behind his teammate. The Mercedes drivers will look to carry their momentum into Sunday’s race as well.

Max Verstappen had a strong qualifying effort, grabbing P3 with his lap being about half a second slower than pole sitter Hamilton. His teammate Alex Albon put in his best qualifying session of the season too, putting in a lap that was good enough for P4 and a front row lockout for the Red Bulls. With rumors of Albon possibly being replaced at the season’s end, he desperately needs a good result in Bahrain.

The rest of the grid sets up as follows:

With all that being said, the midfield battle is as tight as ever in the Constructor’s Championship. The higher you finish, the more funding you get for developing next season’s car, so one position could mean a difference of millions of dollars. The fights are sure to play out come Sunday, and if qualifying is any sign of what’s to come, we are certainly in for an exciting and competitive Grand Prix. 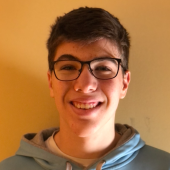 Who Should Drive the 48 for Hendrick Motorsports in 2021?

Ayrton Senna: A Tribute to One of the Greatest F1 Drivers Ever