Why the Dolphins Can Compete for the Postseason in 2020

With the NFL offseason is coming to an end, there have been big changes across the league. One of the bigger changes are the players and teams in the AFC East division.

With the Tampa Bay Buccaneers signing Tom Brady and Stefon Diggs being traded to the Buffalo Bills,  the Dolphins have acquired some talent of their own. The Dolphins added CB Byron Jones, RB Jordan Howard, LB Kamu Grugier-Hill,  LB Kyle Van Noy, and their newly-acquired top 2020 Draft selections:

Fans are wondering if these transactions are enough to convert the Dolphins into a playoff team in 2020.  It is still unknown who will be the dominant force in the AFC East after the Patriots have won the division for the last decade; also losing their franchise quarterback; 6x Super Bowl Champion, 4x Super Bowl MVP, and 3x League MVP, Tom Brady.

Despite the fact that the Dolphins took Tua Tagovailoa at Pick 5, sources say that Fitzpatrick will enter the 2020 season as the Dolphins starter. This could be an attempt to help Tua develop and make a 100% recovery from his hip injury, if he hasn’t already. This could also give Tua a chance to learn from the veteran quarterback.

With the Dolphins  offense and defense improving significantly from this offseason, and other teams suffering from off season trades, Miami has a chance at a playoff spot. This would make it their first Playoff appearance since 2016 when they lost to the Pittsburgh Steelers 30-12. 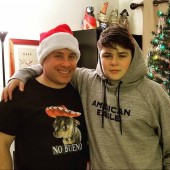 Week 1 NFL Takeaways: One Thought from Each Game

Ten Backup Quarterbacks Who Took It To the Next Level