Players Most Likely To Join Next Year’s Madden “99 Club”

Every year EA pumps out a new madden game and along with it comes a new “99 club”. The 99 club is a prestigious group of players that get to call themselves the best in the game. These are the players I think are most likely to have a great 2020 season and boost themselves into the 99 club of next years game:

Saquon Barkley is the most talented running back in football right now and we haven’t even seen half of his potential yet. Barkley’s 3rd season should be a huge one, and he should either join or surpass McCaffrey into the 99 club.

It’s tough to put Nelson on this list because offensive lineman don’t get much love when it comes to awards, but Nelson is just that good. He is the most dominant lineman in football and if any big man is gonna get the nod into the 99 club, it’s him.

Adams is one of the best defensive players in the league right now and should arguably already be in the 99 club. He is now playing in a better defense and on a bigger stage so if he is ever going to get in the 99 club, it’s now.

TJ Watt is already an elite pass rusher in the league but might be even better in 2020. Watt’s rare mix of speed and strength make him a dominant force all over the field and also  a front runner for next years DPOY.

It’s wierd that Jackson isn’t already in the 99 club considering that he is the cover athlete as well as the reigning unanimous MVP. But if he has another season of elite play, then he is a shoe in for next years club.

The reigning DROY is in position to have a huge 2020 campaign. Bosa has sky high potential, and should be in talks for not only the 99 club but DPOY as well.

I could list out a bunch of facts and reasons as to why Wilson is a candidate to join the club. but all I need to say is that he is the second best QB in the NFL. If Wilson has an MVP season, than he is a shoe in for next years club. 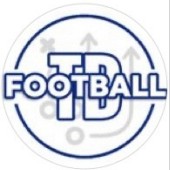 The Titans Should Not have Re-Signed Tannehill

Why The Arizona Cardinals Have Had the NFL’s Best Offseason