How would you grade the Lakers season?  An argument could be made for either side, as to whether it was good or bad.  In the end, everyone could have a different opinion about this question.   However, I would use one word that sums up the Laker’s season, disappointing. The Lakers got so much hype after acquiring Dennis Schroeder and Montrezl Harrell as a lot of fans thought they would repeat as champions and that they were even better now.  They definitely got some good players throughout the offseason, but they also lost crucial players from their team, such as Dwight Howard, Javale Mcgee, Rajon Rondo, and Danny Green. Although I don’t particularly like Danny Green, he still elevated the Laker’s three-point shooting capabilities. Dwight Howard and Javale Mcgee gave the Lakers the height advantage that helped them dominate the league and Rajon Rondo was a great facilitator that had a great impact on the team. As the Suns beat the Lakers 4-2, the big question is, what exactly went wrong this season?

For starters, the coaching was awful.  Every time I watched a Lakers game, I noted that there was never a real flow or consistency to their plays. The game-plan seemed to be very haphazard, with no real game plan.  This continued into the playoffs as well.  Frank Vogel seemed almost non-existent by making terrible rotations and irrational plays. I’m still confused as to why Andre Drummond did not play at all in game 6 as he was the leading rebounder on the team, on top of the fact that Anthony Davis reaggravated his injury that game which created a void in the big man spot.  Markieff Morris being put at the center position is another absurd decision made by Frank Vogel as he is not fit to play that role. This is due to the fact that he is too small and does not have enough power to compete with the other centers. This makes me want to ask Frank Vogel why would he have put him there, to begin with.  Another thing that disrupted the Laker’s season was something they could not prevent—injuries. As a result of Lebron, AD, and Andre Drummond being injured for numerous games, the Lakers fell from the 1st seed to the 7th seed. This would impact the Laker’s play throughout the playoffs as Lebron, and AD never fully recovered, which cost them the series.

The final flaw with the Lakers was the supporting cast’s performance throughout the regular season, and especially the playoffs. Throughout the regular season, most of the supporting cast was all over the place and never consistent. This somewhat continued throughout the playoffs. However, I need to give praise to the players that succeeded in helping Lebron and AD…Talen Horton-Tucker and Kentavious Caldwell Pope. Although KCP was injured for part of the series, he was able to step up when the Lakers needed him. THT did the same as he improved tremendously this season and has proven that he can be a reliable player off the bench when the Lakers need him. Wesley Mathews also played a great role, by helping the Lakers on defense and three-point shooting. However, the majority of the supporting cast was abysmal. Players including, Kyle Kuzma, Dennis Schroeder, Montrezl Harrell, and Markieff Morris were inconsistent and played selfishly. Most of their shots were questionable and their defense was just not there. This hurt the Lakers drastically during the playoffs as whenever Lebron or AD were not on the floor, the Suns were not able to be contained.

The next step is figuring out what the Lakers should do in the offseason. I think they need to fire Frank Vogel, for the many reasons I said before. There are better coaches that are worthy such as Mike D’Antoni, Chauncy Billups, and Terry Stots. They should also try to get players who are consistently good and reliable. They shouldn’t consider giving playtime to someone like Kyle Kuzma, who has been playing very selfishly.  His defense skills are lacking, he has poor shot selection and lackluster leadership. There are plenty of other talented players that the Lakers can acquire through free agency or through trades. The Lakers might even have a shot at Damian Lillard if he requests a trade.

The biggest thing that the Lakers need to accomplish this offseason is being able to acquire another scorer. A huge issue with the Lakers was the fact that their amazing defense was far superior to their offense.  Had their defense not been as good as it was, they would have had an even harder time trying to make the playoffs. That is why they need to make sure that they get a consistent offensive player, who is preferably a guard. There are a plethora of reliable guards in this upcoming free agency that they can try to get such as, DeMar DeRozan, Mike Conley, or Kyle Lowry. Although some of these players are nearing the end of their NBA careers, they are still reliable players that will help the Lakers offensively as they are likely a win-now team. Keep in mind, that the Lakers would need to free up cap space in order to acquire these players.

Finally, the Lakers need to be extremely mindful about their most prized possession, Lebron James. This season we saw a rapid decline in Lebron James, as a result of his age and injuries. Although Lebron was still dominant, he was not the same player he used to be. The Lakers need to start preparing now for their future without Lebron since that time might come sooner than later.  The gravity of the impact that Lebron has on the Lakers today became more apparent by how dramatically they fell down in the playoff seeding.

The Lakers are in a much better position compared to other organizations. They have a good front office, good assets, and a fantastic defense. They just need to make a few adjustments by continuing to elevate their defense, fixing the issues with their offense, and addressing the coaching issues. Once they do all that, they can get undoubtedly reclaim their Laker’s greatness! 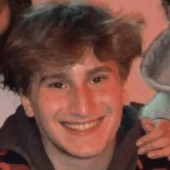 The Los Angeles Lakers Are Destined To Repeat In 2021: Here’s Why