Back in the summer of 2017, after a few disappointing years of mediocrity in Indiana after coming back from injury, Paul George finally asked for a trade.

He wanted to go to Los Angeles to play for the Lakers but was shockingly traded to the OKC Thunder in a trade for Victor Oladipo and Domantas Sabonis. From what we had heard at the time, the Pacers had better offers from the Boston Celtics, the Cleveland Cavaliers, and of course, the Los Angeles Lakers.

As expected, PG and the Thunder didn’t necessarily work out. He did give them one MVP level season and All-NBA First Team level play but lost in the 1st round twice.

However, the assets the Thunder got back in their next Paul George trade have panned out quite well.

Looking back, this is possibly the most win-win trade we have seen in a long time. The Pacers got back 2 All-Stars and OKC received multiple firsts and a rising star in Shai Gilgeous-Alexander.

So looking back at this trade, congratulations to both OKC and Indiana.

The Pacers were put in a difficult position at the time with their franchise player on a one year deal and saying he wants to go to the Lakers.

It’s hard to get a good return, but they managed to pull it off.

I don’t want to put too much focus on what Paul George did while he was with the Thunder because, at the end of the day, two first-round exits in series that they were arguably favored in is basically a waste (Insert Damian Lillard).

So I guess we can view this as a revisiting of both Paul George trades. I’m not going to be looking at the Clippers angle of this, because there isn’t much to say there, but the Thunder did receive Shai Gilgeous-Alexander, Danilo Gallinari, and multiple first-round picks.

Let’s start with the young sophomore they got back. Shai Gilgeous-Alexander is amazing.

After a good rookie year with the Clippers and his second year now with the Thunder, he’s averaging 19 PPG, 6 RPG, and 3 APG on 47% from the field and 35% from three. SGA has taken his size, length, and smoothness and turned himself into a natural scorer.

He has a great mid-range and floater game, which is really important for guards to have. He shoots 50% from mid-range, which is incredibly efficient. With 20% of his shots coming from there, that makes him one of the best mid-range shooters in the league. He shoots 42% from floater range which isn’t great but it’s certainly good.

The one concern for him as a guard is that he probably isn’t going to be a great 3-point shooter. 35% is basically average, though only 56% of his threes are assisted, meaning he takes a lot off the dribble three’s so he might actually be alright. Also, he’s only 21, so there’s certainly room for him to grow.

Those could turn into something quite substantial if Kawhi leaves the Clippers when done with his 4-year deal.

There’s even a chance he leaves by year 2 since he has a 2-year option he can’t opt-out of. Those unprotected firsts might actually really come back to hurt the Clippers in the future because they could really be something nice.

If Kawhi doesn’t get them a ring and eventually leaves, there’s going to be some pretty high lottery picks that the Clippers will have given away.

As for the earlier picks coming in the next few years, even though they have a questionable draft history, you have to imagine OKC hits on at least one of them.

In the offseason that the first Paul George trade happened, Victor Oladipo really committed himself to improvement. He got in the best shape of his career and worked on rounding out his game. He came into the year as one of the 20 best players in the NBA after previously being a disappointment in OKC and Orland0.

Coming into the season with a strong offensive game and heading to an organization with a new change of scenery, Oladipo shined.

The one concern with this deal is that after Oladipo’s exceptional year, he has either been disappointing or injured.

He had a pretty severe statistical drop-off in the 2018-19 season, averaging nearly 5 PPG less while shooting 6% worse from the field and 3% worse from three. Now this may be just a slow start, or it could be viewed as the first year in Indiana being a fluke, but before Oladipo had a chance to prove either of those narratives right or wrong, he had a season-ending injury he was only just now getting back from before the season was shut down.

He didn’t play particularly well in the 13 games he’s been back, but he has also not played basketball in over a year so that’s more than excusable. So the future remains uncertain, but at the very least, Indiana got one great season out of him where he led the Pacers to a Game 7 vs. Lebron James and the Cleveland Cavaliers.

But let’s talk about the guy who does not have an uncertain future, Domantas Sabonis.

His evolution from a low-caliber bench player to a Sixth Man of the Year candidate and eventual All-Star is incredible. Sabonis was instantly better in Indiana compared to his time in OKC. This is mostly because he was utilized correctly, as an inside 5 instead of a shooter for Westbrook.

He has a good mid-range jumper, a good floater and hook game, he’s good in the post, and in the pick and roll.

Not to mention he’s one of the best passing big men in basketball. He’s not a great defensive player, but offensively, he does everything well besides knock down threes.

Overall, the Pacers got back 2 All-Star caliber players and OKC ended up getting a young star in Shai Gilgeous-Alexander as well as multiple draft assets that you can only imagine turn into something good in the future. 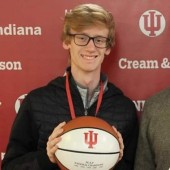 How The Cleveland Cavaliers Can Improve For The Future: Part One

The Next Sports City of Champions

What Every NBA Team Needs to Fix in 2021