Tim Tebow is a unique athlete.

We all know his stories about charity and his religious beliefs but seem to gloss over the fact that he was a phenomenal athlete as well. He won a Heisman and had a miraculous comeback in the playoffs as a Bronco.

Despite that, he hasn’t played decent minutes as a starter in the NFL since the Broncos signed Peyton Manning in 2013. And yes, Peyton Manning is by far the better football player than Tebow and he would go on to have one of the best seasons ever for a quarterback that year. So, since Tebow struggled to play anywhere else, what did he do?

If you’ve ever read one of Mr. Tebow’s books, you’d know that he really pushes good morals and wants you to strive towards your goals, not run away from them. But for some reason, he did just that.

But how good was he?

Again, he won a Heisman. Twelve years ago sure, but he still won it. He also won a National Championship and was given the most first-place votes for the Heisman award following the season. Of course you can say Urban Meyer was the primary reason behind his success, but it is easy to say otherwise.

As an NFL player, we all remember his comeback against the Steelers that was won in overtime on a touchdown to Demaryius Thomas. There’s also the 316 coincidence that followed, including the ratings, the passing yards, and even Google search trends. He did fine in the 2012 season but was cut because Peyton Manning. He went to the Jets for a year but ultimately couldn’t find his place again.

In 2016, he joined the New York Mets’ farm system and he has been there since. He isn’t a forgettable athlete to me, but I see so many people online pretending the Broncos were saved by Peyton Manning.

Remember Tebow. He was an athlete so different, no one knew any good way to really stop him. He is an inspiration to many and is better than you remember. 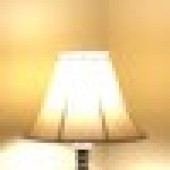 Exactly How New are the Madden 22 Franchise Features?