Why the Mets Are the Biggest Threat to the Dodgers in the N.L.

Despite coming off of a slow start to the season and hovering around .500 most of the year so far, the Mets are still a team not to me messed with and could be a huge threat in the N.L this year. Even though it may seem like the Mets are going to be the same old Mets and look like juggernaut on paper but fail to perform in the bright lights, this year looks a lot more promising.

Starting off with the Mets most dominant feature so far, their starting pitching. At the top of their rotation the Mets have the best pitcher in baseball, Jacob deGrom. He is currently putting up MVP numbers with an ERA of 0.31 and 50 strikeouts in 4 starts, which is unheard of. To put it into perspective, he is striking out 50% of the batters he faces. While clearly the Mets have their dominant ace set up for years to come, they also have another pitcher in the rotation putting up CY Young numbers, Marcus Stroman.

Although Stroman is coming off of a tough outing against the Nationals, Stroman still has a 2.22 ERA and a 0.99 WHIP, which are great numbers for a middle-end rotation pitcher. Speaking of middle-end rotation players, Taijaun Walker has exceeded expectations in a Mets uniform, boasting a 2.14 ERA and 23 strikeouts. Considering that this was a pitcher that was fighting for a spot in the rotation earlier in the year, he has been excellent and been a perfect fit for the Mets. Finally, at the back end of the rotation, the Mets have left-hander David Peterson. Despite being a little inconsistent at times, and is clearly no ace, he is a nice left-hander to have in the back of your rotation. Coming off a great start against Boston, only allowing 2 runs in 6 innings, Peterson appears to be ready to take his game to the next level.

Now you may be thinking, this rotation may be good, but it is nowhere near the Dodgers’ powerhouse of a rotation. But the scary part about this rotation is that flamethrower Noah Syndergaard and Carlos Corasco are nearing their return. Having these veteran pitchers with playoff experience will bolster the Mets rotation tremendously. Syndergaard, with a career ERA of 3.31 while also hitting triple digits in MPH with his fastball, and Carlos Corasco being consistent his whole career with an ERA of 3.77, will provide the energy and depth this rotation needs.

The next part of this Mets’ squad that has lived up to its expectations so far is their bullpen. In these past couple years the hopes for the Mets bullpen has been high, but fans have never been satisfied with the level of play being shown. With arms in the bullpen like Trevor May, Edwin Diaz, Jeurys Familia, and Miguel Castro all hovering around a ERA of 2.00, the bullpen has been very productive. Additionally, lefty specialist Aaron Loup has an ERA of 0.00, which has shocked some fans. Topping off why the Mets have the potential to be contenders with the Dodgers is the fact that a key piece to their bullpen, Seth Lugo, is returning in a few weeks. Lugo has been dominant these past two years and has been known to go many innings, which will be extremely helpful to save bullpen arms.

Needless to say, the Mets hitting has not been good, some may say atrocious, with a team batting average of .242. The Mets need to find some ways to get on base and put runs on the board. The only positives of the Mets offense so far has been Brandon Nimmo and JD David both have a high batting average of about .375, which is outstanding. However, star players in the Mets’ lineup like Francisco Lindor, Michald Conforto, Jeff McNeil, Dominic Smith, James McCann, and Pete Alonso have all been slumping and have failed to live up to their superstar expectations. However, due to the stardom and great seasons prior, us fans know that the bats will come around and that most of these players are probably just in a slump and will eventually find their way out of it, like most big leaguers do.

Finishing up, many will read this article and think I’m insane comparing the Mets and Dodgers, however once these bats come around and some of our star pitchers return from injury, the Mets will be a juggernaut on both sides of the ball and will be a force to be reckoned with. 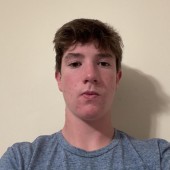 Quinn Ferri is a 15 year old contributor from West Windsor, NJ. Quinn Primarily covers NFL and MLB for Phenom, and hopes to pursue a professional career in the sports media field.

Did the Mets do Enough at the Trade Deadline?