Top MLB Prospects to Watch For

A new generation of talent is being brought into Major League Baseball and has taken the league by storm.

Players such as Juan Soto, Ronald Acuna Jr., Gleyber Torres, Walker Buehler, and Pete Alonso — to name a few — have all shown signs of Hall of Fame potential.

This talent has been developed for years through the Minor Leagues, so that being said today I am going to give you a rundown of three prospects to look out for:

Undoubtedly, the top prospect in the Minor Leagues is Franco, who is ranked #1 by Baseball America and MiLB.

Wander is 5-10 190 lb switch-hitting shortstop with incredible power and contact ability. He took the minor leagues by storm with his incredible slash line (.336/.405/.523).

At only 5-10, Wander makes up with it because of how he swings the bat, as Baseball America gave Wander a contact grade of 70 which is the highest for any player in the entire league.

Look for Wander to have a huge impact around 2021 which is his ETA.

The Seattle Mariners have themselves a really promising future due to their strong farm system, with All-Star caliber potential players in Jarred Kelenic and Julio Rodriguez.

Kelenic is currently the 11th highest rated prospect on MiLB and J-Rod being ranked close behind at 18.

Kelenic was involved in the trade that brought former all-stars Edwin Diaz and Robinson Cano over to the Mets in a blockbuster deal, and Jarred spent all his time proving he was worth every penny.

J-Rod is a lesser-known prospect from the DR, with a massive frame at 6’4″, 225 lbs., playing the corner outfield. Although he doesn’t have great speed, he has a terrorizing bat and can smoke the ball. With all this in mind, Julio is only 19 and you can expect to see him up at the  Major Leagues by around 2022.

That all being said look for these 3 players to be household names one day! 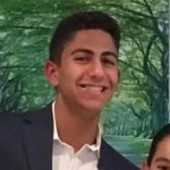 How the Mets Should Approach the Remainder of this Offseason

Yasiel Puig Inks Deal With Atlanta: What It Really Means

The Man That Is Holding The New York Mets Back: Manager Luis Rojas