In this years shortened draft, the Phillies had a very good selection of players. As a result, this picked up and boosted every needed category in their farm system.

Here’s who they selected:

Abel, a 6’5” right handed starting pitcher out of Jesuit High School in Portland, Oregon uses his tall frame and his easy delivery to the plate. Abel brings big potential to be a franchise arm for the Phillies’ pitching staff in the future years.

His fastball lights up to 97 MPH and couples it with a curveball and slider which makes for a great arsenal to attack hitters with. At a young age, Abel has been compared to some of the top tier pitchers in the league right now including Stephen Strausburg and Justin Verlander based on his repertoire and stature. Drafting a player out of high school comes with a high risk but hopefully Abel will pan out and be an ace for the Phillies.

It comes at a big surprise to see Casey Martin slip this far down in the draft, but for the Phillies it worked out.

The versatile shortstop has an explosive arm with a great combination of speed and power. Although, some concerns come with his strikeout rate defensive glove, but many scouts think he has the tools fix these issues and succeed in the bigs. If Martin lacks improvement his glove work many see him being a center fielder for the Phils in the future.

Ragsdale is most known for his swing and miss, lights out pitching during his time at USF. He had some control issues while there which resulted in a fairly high walk rate out of the USF bullpen. His fastball ranges from 91-95 MPH but his 6’8” frame allows for him to improve that and add a little more velocity. Ragsdale had Tommy John surgery which cost him the 2019 season but his size and arm convinced the Philadelphia to take a chance on him.

The Georgia Tech product Baron Radcliff, has raw power which he had put on display during his college career. The trade off for the power is his very high strikeout rate, the same issue that comes with Martin. Although he played outfield at GT, scouts see him possibly transitioning to first as he progresses through the minor league system. If all goes well, Radcliff could be an everyday fielder in the major leagues

The Phillies picked up two hitters and two pitchers in this years draft, and in the end had a really good final result. The Casey Martin selection was their best because they saw the opportunity to get a first, maybe second round talent when he dropped into the third. Although there is high risk and high reward surrounding all four players, they all have very promising futures to work their way up through the Phillies farm system. 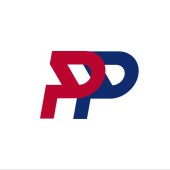 How the Royals Can Avoid Another Long Championship Drought