Almost a month removed from the NHL Draft, the New York Rangers have yet to make any big moves to improve the team. There was some speculation that the team was going to try to trade draft capital, such as the 22nd pick in the first round, to try and fill the second-line center role. However, the team decided to trade up to take defenseman Braden Schneider. The team did offload disgruntled Lias Andersson, but only for a mid round pick in the second round.

With NHL free agency a couple weeks in, the Rangers have signed a couple depth pieces, including Kevin Rooney (forward) and Keith Kinkaid (goalie). To the dismay of some fans, however, the team has yet to address the hole at center on the second line. This article will dive into a couple potential players the Ranger’s should consider signing.

The 29-year-old spent last season with the Florida Panthers, scoring 12 goals and 12 assists in 48 games. Although there is some injury concern having a history of knee trouble, Haula is a solid two-way center. Two years ago with Vegas, Haula put up 29 goals, something that could greatly benefit the Rangers. He is also an above-average face off guy, something the Rangers desperately need after ranking 30th in the league in face off win percentage.

Brassard is no stranger to New York. Having played with the Rangers from the 2012-2013 to the 2015-2016 season and with the Islanders this past season, Brassard knows what it takes to make it in New York. Bringing him back would make fans reminisce on the team that was 3 games away from a Stanley Cup in 2014. After rebounding his career with the Islanders last season, scoring 32 points in 66 games, Brassard proved he can still contribute to a team in a bottom six role. While also providing leadership, this signing makes sense for a team that is one of the youngest by average age in the NHL.

The former 3rd overall selection in the 2012 NHL draft, Galchenyuk has struggled the past couple of seasons with inconsistency and injury. However, from the 2014 to 2018, he put up over 40 points each season, scoring 56 in 2015 and 51 in 2017 in 82 games each year. After a tough 2018-2019 season, Galchenyuk scored 7 points in 14 games with the Minnesota Wild this past season. If Galchenyuk is able to regain the type of play he was producing a couple years ago, this is a move the Rangers should definitely consider. With tight cap restrictions due to COVID-19, it shouldn’t be too expensive to sign him.

Time Is Running Out:

With the new season rumored to begin sometime in January, the Rangers are left with some tough issues to address in a short amount of time. Whatever move(s) the Rangers choose to make, I think the highlight of the season will be that the Rangers are lacking a true second line center. Time will tell. 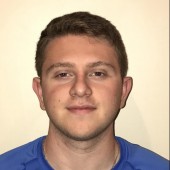 Takeaways from the Rangers’ Games Against the Islanders and Devils

Does History Set a Precedent for this Upcoming NHL Season?