Kyrie Irving has continuously brought flash and flavor to the NBA, known for his ridiculous handle on the ball; but is more importantly one of the NBA’s elite players. Though, one thing that holds him back from ultimate success is his leadership qualities, and ability to be a first option on a playoff team.

Taking a look into the past, Kyrie was presented the amazing opportunity to be “The Man” on the Celtics after his successes in Cleveland. Though, he clearly underperformed as a leader, by the end of their messy breakup this summer.

As a fan of Kyrie myself, I feel his play style would better suit a second role on the team.

In the 2015-16 season, Kyrie and LeBron James led the Cleveland Cavaliers to an NBA title. On the Cavaliers, Kyrie was the second option behind arguably the greatest player of all time, LeBron. Though Kyrie was paired with an all-time great, he still showed that he was an excellent second option because he was a key part to winning that championship while not being “The Man”.

Kyrie didn’t only have issues on the court; there were also issues off the court. According to the Daily News, Marcus Morris (a teammate of Kyrie on the Celtics) said “No knock on Ky, but obviously he’s a superstar, he’s first. Sometimes his emotions were put in front of the team.”

These off court problems, explained by Morris, contributed to the team’s chemistry on court and in the end affected their eventual success as a team.

Kyrie is now reportedly having mood swings in the Brooklyn Nets locker room which could cause the same locker room problems that occurred in Boston.

Kyrie is now out with a shoulder injury and has been watching from the side with his teammate Kevin Durant. Since Kyrie has been out, the Nets are 10-5, and with Kyrie – they only posted a record of 4-7. Without Kyrie, the Nets are 14-12 and are currently 7th in the East overall. That impact is pretty evident to everyone.

Kyrie Irving is a mesmerizing and revolutionary basketball icon, but he is surely a better fit to be a sidekick. To officially determine this, we’ll have to see how he finishes this season without KD on Brooklyn, versus next year when the injured superstar returns from his absence. Though, it is looking as if Kyrie is not the ultimate leader a playoff team needs. 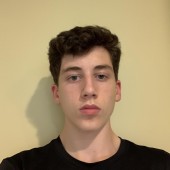 Chris Paul to Phoenix: A Breakdown