The Curse of the Gold Jazz Uniforms

The Jazz just came off a rough loss to the San Antonio Spurs, and unfortunately, it’s not a surprise to many. The reason behind this lies right in front of your nose. And it’s not something that you would very much expect.

Some people may wonder what it is that I’m talking about, but it’s no secret to Jazz fans that the Jazz play horribly in these jerseys, which have quickly become terribly unpopular. The vibrant gold was once a fan favorite, but the jerseys are now associated with losing. Where did all this come from?

Many fans tweeted last night when the Jazz confirmed that they would be wearing the “cursed” jerseys, saying “the gold is a cursed color”, “can we just put this one down as a loss right now?”, or even “I hate the statements”. This hatred didn’t come over night, though. It has been a season-long buildup of hatred towards the gold uniforms.

Since the start of the season, the Jazz are 1-7 in games where they’ve worn their Gold Statements. The only victory came on November 6th against the 76ers in a 106-104 finish at home. The seven losses came to the Kings, Grizzlies, Timberwolves, Pacers, Raptors, Sixers, and Spurs. Some may say it was an unlucky schedule, but it’s evident that these jerseys appear to be bad luck.

The Jazz have 9 more games scheduled where they are scheduled to play in gold, but how many more times will the front office switch it up? Though you would hate to see and entire jersey go, it makes you wonder. Will the front office stop scheduling games in gold? Some hope that that is exactly the case. This may be the last year of the yellow statements if the thoughts of fans don’t change. 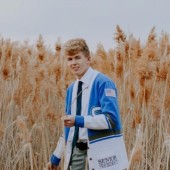 The Key to the Jazz’s Success