Why the Buccaneers are Super Bowl Contenders

With the additions of Tom Brady and Rob Gronkowski to their roster, will the already dynamic Buccaneers roster be a Super Bowl contender?

Back in New England the core of Tom Brady and Rob Gronkowski were good enough to win three Super Bowls, and one of those was without Gronk playing.

The Buccaneers in recent years aren’t really what you want to see out of a football team. Getting Jamies Winston with the first overall pick in 2015 and having Mike Evans and Chris Godwin may look like a good 10-6/11-5 roster. However, in the last 5 years these are their records:

Some may think that 9-7 isn’t bad, but that has been their best record in the last 5 years. With the addition of Tom Brady and Rob Gronkowski, two great players who aren’t used to losing, this offense looks very scary now.

However, I do feel that the Buccaneers can be a Super Bowl team. They would have to go through teams like the 49ers, Seahawks, Packers, Saints, etc. just to get to the Super Bowl, but that is old news to Brady. Back in New England , Tom rarely lost in the playoffs, so I believe that he will lead the team with a winning mentality.

The Buccaneers are deep at many positions, especially at TE now. They have 3 of them, with the addition of Gronk. They also are set at QB, acquiring Brady. Their receivers are also great, having Mike Evans and Chris Godwin.

Therefore, I do feel that this team WILL be good enough for a Super Bowl run. 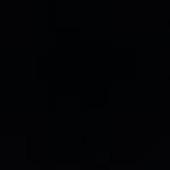 Is a Malcom Brown Trade the Best Move for the Saints?

Carson Wentz to Indianapolis: Breaking Down the Trade