Why Jalen Reagor is a Perfect Fit for the Eagles

Heading into the 2020 draft, it was clear and obvious what position needed to be added to the Philadelphia Eagles roster. They needed a talented wide receiver to give Wentz as much help as possible.

When the Eagles were on the clock at 21, they selected TCU receiver Jalen Reagor. Many NFL fans, including Philadelphia fans, expressed disappointment at the selection. They believed the Eagles should have aggressively tried to trade up for Ceedee Lamb, while others believed they should have taken Justin Jefferson from LSU at 21.

However, there is a strong argument that Jalen Reagor is a perfect fit for the Eagles 2020 offense.

If you watched any Eagles football last year, it would be pretty easy to spot what was completely missing from their offense. Speed. The Eagles lost their best deep threat in Desean Jackson to a week 1 abdominal tear.

To put it simply, Carson Wentz did not have any receiver that could make a play deep down the field. This allowed opposing defenses to bring down safeties and press receivers without fear of being beat deep, clogging lanes for route runners such as Zach Ertz.

Jalen Reagor will be an immediate injection of speed and explosiveness into the Eagles offense.

Reagor ran a blazing fast 4.28 and 4.22 40 yard dash at his TCU pro day, which is comparable to the times of Tyreek Hill and John Ross. As fast as he ran at his pro day, Reagor is arguably faster on his TCU film reel. He was a constant threat everywhere on the field and also was a major impact in the return game, running circles around opposing defenses. Paired with the strong arm of Carson Wentz, NFL defenses will have to respect the possibility of a deep pass, which will, in turn, help open space for Zach Ertz and company.

Not only is Reagor fast but he is incredibly athletic and is able to track and make plays on the ball consistently. He has an elite ability to go up and grab balls out of the air which makes him an extremely potent deep threat, comparable to the skill set of NFL receivers such as Tyreek Hill and Kenny Golladay, though not quite as developed.

Jalen Reagor might not be the well known, polished prospect that many were expecting the Eagles to take, but he has a very explosive skill set that is poised to make an immediate impact for the Philadelphia Eagles offense. 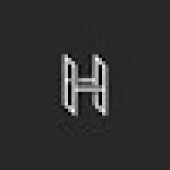