Entering this offseason, the Bears had an overwhelming number of tight ends on their roster. That number was trimmed down to seven this previous week. Matt Nagy and Chicago said goodbye to Ben Braunecker and Adam Shaheen.

These two had pretty different stories, as Braunecker was a great special teams player and even started at tight end due to some injuries. So why cut Braunecker?

It came down to cap space. The NFL owners keep pushing for the salary cap to be lowered this season. This leads to a lot of veteran players like Braunecker to get released to save money. Cutting him saved the Bears about roughly one million in cap space. While Braunecker would have still helped out on special teams (if he didn’t get released), there are other tight ends who can fill that role who are cheaper.

Next, Adam Shaheen was traded to the Dolphins for a 2021 sixth round pick. The Bears picked him in the second round of the 2017 Draft with high hopes for him. Shaheen played 13 games in 2017 and showed promise, but in 2018 and 2019 he could not stay healthy. When he was healthy, he did not show the promise he did his rookie year. The Bears also saved 1.2 million in cap space by trading him, and they even got a pick for him which is a pretty good deal. Maybe Shaheen will shine with in Miami with rookie sensation Tua Tagavailioa

The Bears tight end situation now seems simple. Many see the depth chart to look along the lines of:

If the Bears also want a fifth tight end on the roster, Jesper Horsted played great last year coming from up from the practice squad. All in all, besides the two releases of high-upside players, Matt Nagy and the team’s TE depth chart still looks strong! 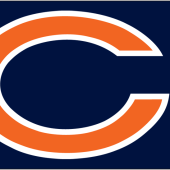 Why the Bears Should Remove Darnell Mooney’s Rookie Handcuffs

Why Kyle Shanahan’s Gameplan is Helping the Bears