Kyrie Irving led a Zoom call with 80 NBA and WNBA players regarding the NBA’s return last Friday. Many of these players were vocally hesitant to return to play this coming July primarily due to social justice concerns.

According to Shams Charania, Irving told players: “I don’t support going into Orlando. I’m not with the systematic racism and the bulls***. Something smells a little fishy.”

These comments went viral on social media in the days following the call, leading many to view Irving as an adversary. ESPN’s Adrian Wojnarowski even went as far as to label Irving as a “disruptor” in his recent article.

Yes, we all would love to have the NBA back, but considering the circumstances, these desires are ignorant and insensitive. With the current situation of the country, athletes and respected figures have been given the platform to bring the abiding issues of police brutality and systematic racism into the attention of the national media. Basketball would merely serve as a distraction in the light of these progressive efforts. That is what Irving was attempting to convey.

Regardless of what people think of Irving’s argument, the blatant backlash that he has received from fans and even media representatives is unjustifiable. Many have questioned the authority of Irving as well as his intentions. On Twitter, Fox Sports’ Jason McIntyre accused Irving of attempting to “prevent LeBron from a title” by speaking out. Disgusting.

As the Vice President of the National Basketball Players Association, it is Kyrie’s responsibility to have a say in the direction of the league and give the players a voice. Though the player’s union unanimously voted to return play, it wasn’t a just representation of the entire league. In the Zoom meeting, Donovan Mitchell brought up that the young players didn’t feel like their voices were being heard, and Mo Bamba acknowledged that the young players were reluctant to oppose the decision made by the league’s superstars simply due to their place in the hierarchy.

By hosting the call, Irving was able to address the concerns of the greater majority of the league, not just the superstars, and give the players a voice. Instead of being praised, however, he has been unfairly berated. Ironically, the same community that stood up for LeBron James when he was told to “shut up and dribble” is the same one that is discouraging Irving for voicing his opinion.

Personally, I believe that the NBA would be able to bring more exposure towards the national concerns by resuming play as athletes would be able to use their elevated platform towards reform. However, I see where Irving is coming from, and applaud him for speaking out. 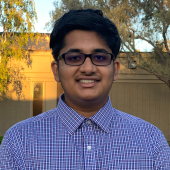 Two Crazy NBA Conspiracies that Could be Real

Giannis To Miami: How This Fantasy Could Become A Reality